Love and Human Motivation in the Republic (part 1) 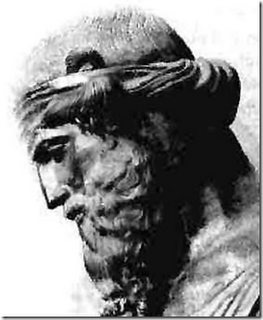 Reading my way once again through a text I've been revisiting for more than two decades, Plato's Republic, I never fail -- any time I read it anew -- to be struck by some novel, or perhaps not entirely novel but at least forgotten or passed over, feature of the work and of Plato's thought.  I'm happy to be teaching it again this semester, at least portions of the grand dialogue, that is, one of Plato's best known and -- as I get old enough to benefit from traversing Plato's sizable corpus a number of times, more in some parts than others -- one of his finest on multiple philosophical levels.  Rather than allowing the task of justifying to some extent why the Republic is entitled to such a laudatory judgement -- particularly given that there are plenty of Plato scholars who'd dispute that with me, who am decidedly not a Plato scholar, just an admirer --I'll say what some of the features that struck me this time were.

Ethics as Ongoing Process in Plato

First off -- and I have to admit that this realization has been ripening, perhaps more slowly than it ought due to my own dullness, as I read through any of Plato's dialogues, particularly the so-called aporetic ones which seem to end with nothing achieved -- it strikes me that there is a lot of qualified, provisional endorsement of what we might call an ordinary and elevated morality or ethics running through Plato's works.  Our attention is all too often focused on the end-points, the final, at-length-formulated doctrine, the attainments of dialectical sifting, separating, clarifying, solidifying -- in short, "Plato's position on . . . "

It's true that there are schools of Plato interpretation which rightly focus on the dramatic settings of the dialogues, on the characters, on the significance of timing, the positions they espouse or imitate, their tone and terminologies, the possibilities opened or closed off to them by their mindsets and attitudes -- these are supposed to assist us in more fully grasping the Platonic positions, what Plato is really trying to get us to see.   Our eyes on such a prize, we tend to forget, or refuse to consider or concede, the relative value of all those asides, adages, agreed-upon starting points, endorsed sentiments, reasonings, evaluations that almost seem just taken for granted, chit-chat, or mere premises.  And yet, they are often very interesting, even revealing.

The Republic, as we all know, is not principally a dialogue about love.  It is about justice, both in the city and the individual human being, is it not?  We already have two very interesting and important Platonic dialogues about love:  the Phaedrus and the Symposium -- the latter of which, because of its profundity and complexity, definitely deserves to be ranked up with the Republic. So, why bring up the issue?  Well, as it turns out, what we and other human beings love, and how our loves and their objects orient us both practically and intellectually love turns out to come in for some -- admittedly not systematically followed out -- consideration in the course of the conversations.

A Caution About The Term "Love"

At this point, I ought to briefly mention something about terms, translation, and concepts.  The ancient Greeks, as many of us know from popular theological talks regarding love, used a number of different terms that we, in English, typically translate with the word "love".  Typically when this is brought up, Greek terms will be introduced and then concepts will be neatly distinguished:  philia is friendship, a sort of love based on commonalities or bonds;  eros, sexual (or other) desire, romantic love; agape, self-giving love, what Christians later called caritas, "charity."  Then rounding it out -- if say, we're using C.S. Lewis' schematic -- storge, affection.  In reality, these were not so neatly or even easily distinguished  by ancient Greek writers.  They certainly knew a range of different intensities, modes, objects of love -- but Plato plays rather fast and loose with the language of love, for which I think he can certainly be forgiven, seeing as how he never had a chance to read C.S. Lewis' The Four Loves


Parts Of the Platonic Soul

Before explaining what I mean by that amatory term, I want to note a kind of seeming disconnect within the Republic, particularly in Plato's phenomenologically attentive, sophisticated analysis of the three main parts or faculties of the human soul.  He distinguishes between:
It is interesting that Plato does not speak of love at all in the context of this passage, though he very easily could have, as later passages indicate -- for instance when mentioning that the warlike northern peoples are "spirited" or "contentious" (thumoeides), that Greeks are "lovers of learning"(philomathes), and that the eminently commercial Phoenicians and Egyptians are "lovers of wealth" (philokhrematikon), because in each of these one part tends to predominate -- we have to set aside, of course, the fact that Plato also seems to think that relatively few Greeks are in fact such lovers of learning!

Each part, after all, has its loves, its possible, likely, or characteristic objects of erotic desire, philetic affinity, agapeic awe or appreciation (I should note that Plato does not observe the distinction later authors will impose between eros and agape), storgeic affection or affiliation.  Certain of these -- for different people -- will be more pronounced, more assignative of  priorities, more productive of the decisions, commitments, even mindsets and verbal valuations -- or rather, for any given person, one of these, in some determinate form, will be decisive in orienting their actions, emotions, reasoning, desires, relationships. . .  all the key components by which one can characterize the broad outlines of a person' life.

While it may be true in some sense that we are what we eat, it is even more true that in certain ways we become what we love, or at least along lines drawn by our loves, conditioned by our loves, geared towards obtaining, enjoying, jealously guarding or generously giving, even towards understanding the objects of our loves.  Plato devotes considerable attention to the roles and workings in this of what very broadly speaking we may call nature and nature:  the inborn affinities and potentialities -- not only of aptitude but of enjoyment -- and the exposures, endorsements, opportunities, and understandings of goods, actions, and desires provided whether deliberately or haphazardly by family, friends, associations, the legal structure, culture and society -- as well as by the artistic, dramatic, poetic, musical productions one encounters, enjoys, or endures.

For any given person, one can ask: "what does he or she love most?" and in answering this -- a question which the person him or herself may only be partly (rather than entirely) in a condition to answer fully, truthfully -- self-deception, false consciousness, repression, hypocrisy, oscillation between strong desires, inconstancy, wishful or impassioned thinking, even plain old ignorance or results of mistaken  practical reasoning are all possibilities -- one acquires insight into the structures of their motivation, the orientation of their life, relationships, activities, pursuits.  So, we can call this sort of love "life-orienting love".

Other things may be loved but they will be so within the overarching context of the life-orienting love.  If need be, they will be sacrificed, as is say, wealth or comfort for glory or honor, the goods of passing time in deepening and mellowing relationship for the demands of mastering one's craft.  Even, as Aristotle said about his old teacher Plato, that we must love our friends, but we must love truth even more.  Of course, one might fluctuate, hesitate, between objects  - perhaps what one loves then is something other than either one of those, ease, for instance, or an imaginary conception of "having it all".  And, one's fundamental orientation can change (in fact, at some times it ought to!) -- and then one has transferred allegiance from one life-orienting love to another.

It's interesting -- this will be my last digression in this post -- that while the ancient Greek and Roman philosophers certainly thought and wrote about love and saw how one could think of basic human motivation in terms of love, it would require contact with and meditative engagement with Jewish and then Christian Scriptures, ways of life, and communities for philosophers to accord to love the architectonic place it holds in human motivation in the way, say, that Augustine does.

Realizing now that this topic really requires several blog entries to really do it some sort of justice, I'm going to bring this initial portion to a close here by citing one of the passages which so caught my attention, and then briefly sketch what the next entries will discuss.  So, the passage, from one of the many translations of Plato's Republic readily available on the internet -- just a teaser for the time being:


And a man will be most likely to care about that which he loves?

And he will be most likely to love that which he regards as having the same interests with himself, and that of which the good or evil fortune is supposed by him at any time most to affect his own?

This aspect of identification of the person with the object of love, the drawer of desire, the responsive source of pleasure, even affiliation and affection is key to life-orienting love.  In two forthcoming blog entries (in what now seems to be unfolding into a series rather than a single self-contained post), I'm first going to examine what Plato tells us in the Republic about love and the philosopher -- the ideal of the philosopher, not just the types in his time or our time who bill themselves by that occuptational title. Then, in another entry, I'll discuss the pictures of some of the other life-orienting loves and corresponding personalities he sketches in other passages of the Republic.  Plato also writes quite a bit about what things people hate, a subject also worth a systematic examination.  I suspect we can learn quite a bit about his views on love and human motivation by also looking to his characterizations of its opposite.  But, that I must defer to a yet later entry.
Posted by Gregory B. Sadler
Email ThisBlogThis!Share to TwitterShare to FacebookShare to Pinterest
Labels: ancient philosophy, augustine of hippo, ethics and moral philosophy, happiness and human flourishing, human motivation, love desire or affection, plato