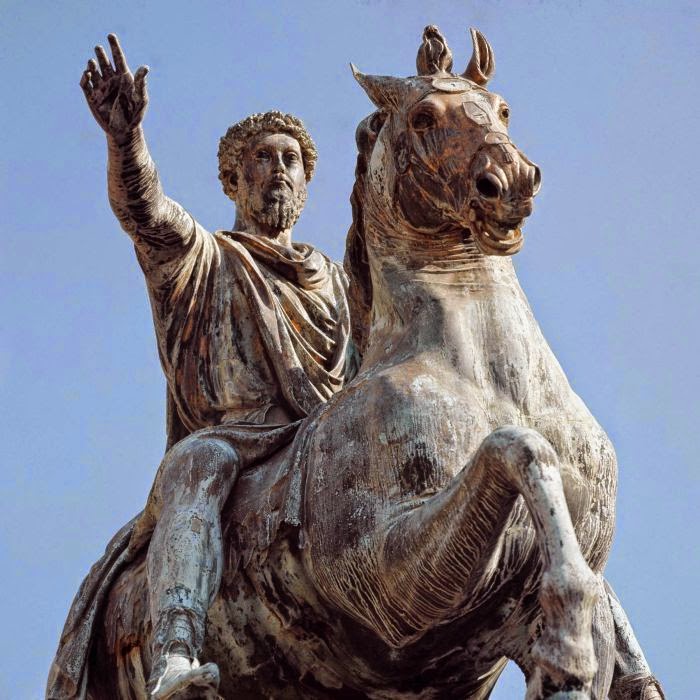 Last year, I unfortunately allowed an opportune occasion -- the best kind, organized by someone else! -- for celebrating a philosophical school pass me by.  It's not often that we philosophers get a day, let alone an entire week, set aside as a public observance.  November actually contains both of those -- first UNESCO World Philosophy Day and then towards the end of the month, Stoic Week.

The latter is much newer, having started in 2012, organized by a number of interested and intrepid scholars, professors, and practitioners at the University of Exeter who realized just how much interest there is out there among the general educated public in not only Stoic philosophy but also in its applications and practice within modern life.

I'm not a Stoic as such myself -- and likely won't ever be such, strongly drawn as I am to other philosophical traditions which, on some points, view matters differently than do Stoics.  But there is a considerable amount that I do find admirable, interesting, and valuable in the doctrines, reasonings, and practices of that school -- and it's a philosophical approach that I do end up teaching about quite frequently -- so Stoic Week seemed like a prime opportunity for me to focus my own work on Stoicism for a bit.

The timing of Stoic Week turns out to be a bit unfortunate for American audiences -- it falls during the last week of November, so it includes the Thanksgiving Holiday.  Since everyone's attention tend to be focused on the long weekend ahead, it's tough to get anything going even on the Monday and Tuesday of that week.  So it was unsurprising that when I pitched the possibility of doing some event, guest lecture, or workshop to local libraries, schools, and a few other institutions, I didn't find any takers.

I did however participate in the online Stoic Week class, hosted by the Stoic Philosophy for Everyday Living site -- and that proved to be an excellent experience!  (I'll write a bit more about that later on this month in another post).  I also collaborated a bit with my friend over at the Punk Rock Philosopher on a special Stoic Week show.  My main contribution to Stoic Week turned out to be a set of seven videos -- one for each day of the week -- focused specifically on Stoicism both ancient and contemporary, key texts and thinkers of ancient Late Stoicism, and the opportunity the week presented.  It ended up being about perhaps 4 hours or so of video, I'd estimate.

Here's the videos, for those who missed and would like to watch them.