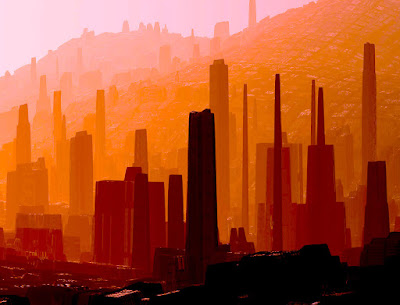 Year 5 of my monthly talk series - Worlds of Speculative Fiction - starts in January, and I already have nine of the twelve authors we'll be reading and discussing picked out.  I had selected seven of them by the time I arrived at our session last week to discuss Bram Stoker.  Two of the regular participants in the discussions contributed two other excellent suggestions.

Next week, I'll start soliciting more suggestions about the remaining three slots for 2020.  I'll create a video, and likely a blog post, and then use the comments on those - and on social media posts - to come up with a list of the top 6 or so choices, and then we'll do an actual vote. That's how we wound up with Aldous Huxley, Bram Stoker, and R Scott Bakker for the 2019 series.

We have quite an interesting mix of speculative fiction authors, series, and narrative worlds for 2020.  Here they are:


If you've got ideas about what other authors you'd like me to consider for the 2020 series, don't post them quite yet - keep them for next week.

If you'd like to watch any of the videorecordings of the sessions so far, here's the playlist.
Posted by Gregory B. Sadler
Email ThisBlogThis!Share to TwitterShare to FacebookShare to Pinterest
Labels: appearances talks or workshops, speculative fiction, videos and online education, world building